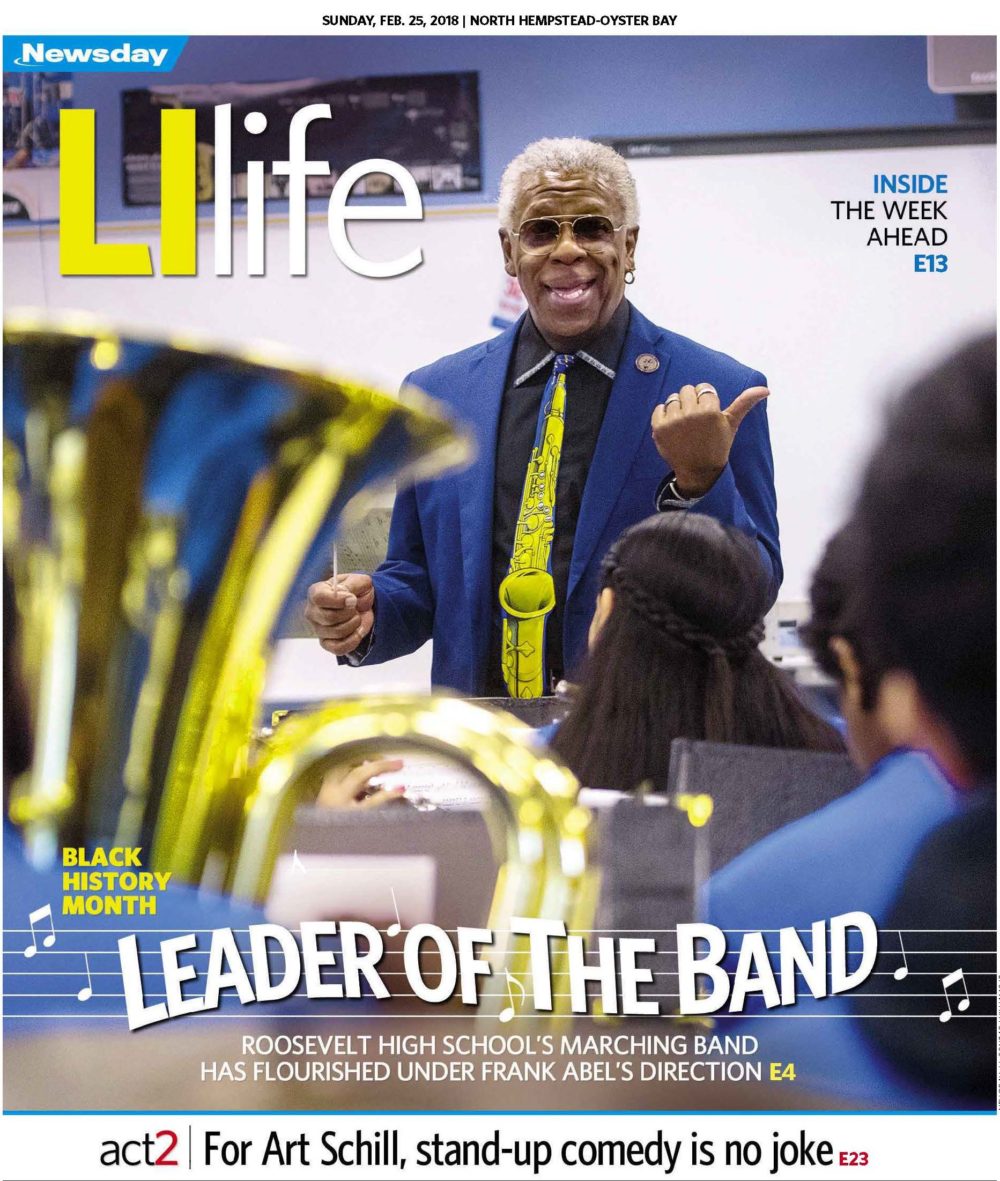 Posted at 18:13h in Uncategorized by Carl Corry 0 Comments
Share

I was assigned to do a profile on Frank Abel in February as part of Newsday’s Black History Month coverage. Abel, a renowned band leader at schools including Uniondale and Wyandanch, retired several years ago and never actually worked in his hometown of Roosevelt. That is, until two years ago, when he was asked to turn around the high school’s struggling band.

Abel, a former touring funk-jazz musician, brings performance and passion into his lessons. And the students love him for it. The band has doubled in size and is running out of space at the high school.

Here’s a taste of the story:

As director of bands at Roosevelt High School, Frank Abel is a demanding general wielding a conductor’s baton as he guides his troops — the newly resurgent marching band.

Wearing a blue pinstriped suit during a recent 8:05 a.m. band class, he urged players, with small gestures of his free hand, to adjust their volume while practicing “Encanto” by Robert W. Smith.

When that wasn’t enough, he bellowed with his baritone voice: “Play! Play! Play! Don’t fiddle-faddle!”

Unfazed, the students, dressed in blue Roosevelt blazers over black shirts, responded. The massive sounds from saxophones, flutes, piccolos, drums, trumpets, French horns, clarinets and more quickly met his approval, and lured school staff from the hall to listen in.

“That’s going to be a nice opening number,” Abel, 72, said, chuckling as he wiped away sweat from his brow. “It almost made me cry.”

Be sure to watch the video. One of the student’s emotional response to how she feels about Abel is priceless.