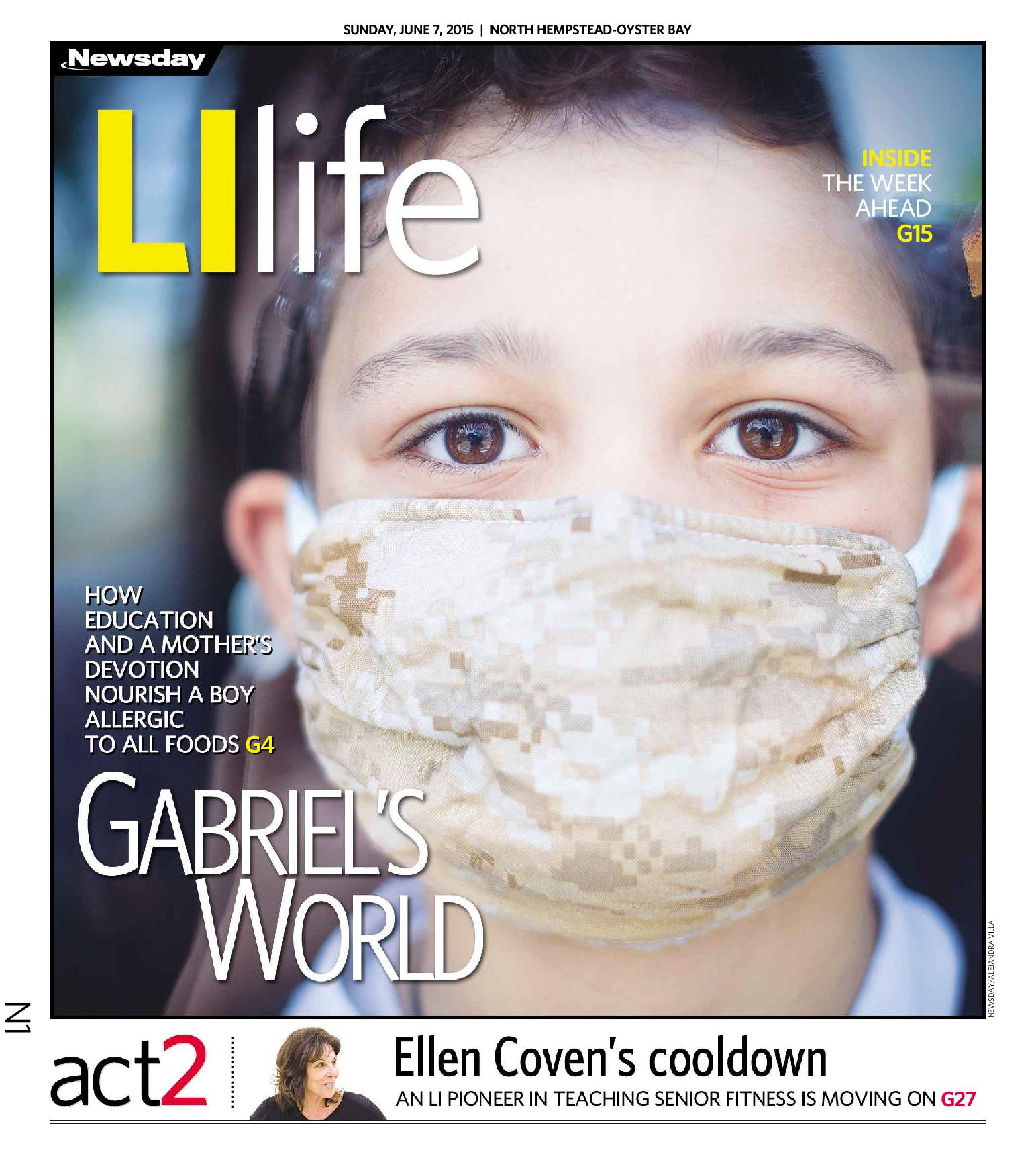 When I got the call to see if I’d be able to turn around a feature story on short notice about Gabriel Dispenziere, now 9, I was warned that I would have to clean up real good. Because Gabriel is allergic to just about everything. The wrong whiff of something could make him sick. And he’s been sick far too many times.

The story was supposed to be about 1,200 words in Newsday’s LI Life section. The narrative begged for more space, and that was supported by fantastic photos from Alejandra Villa, who had been following Gabriel for some time for a longer video. It wound up featured over six pages and ran 2,400 words long.

Gabriel … is allergic to food.

Two drops of pear juice is one drop too many — he was sick for days afterward. A sample of chicken caused a 20 percent drop in his body weight. Tastings of mango and quinoa landed him in the ER.

Gabriel has eosinophilic esophagitis, or EoE, a condition in which allergic reactions to food cause inflammation of the esophagus. The condition affects about one in 2,000 people in the United States, according to the American Partnership for Eosinophilic Disorders. Less than 1 percent of those with the condition have as severe a case as Gabriel, and it’s left the Riverhead boy virtually homebound because he must avoid food and people with food on their hands or breath.

Up until this school year, that meant never having a classroom teacher or classmates or being in a school setting. But thanks to his mother Raquel Dispenziere’s determination and sacrifice, and cooperation from a cadre of local educators, Gabriel is a fourth-grader at Aquebogue Elementary School in Riverhead.

When Gabriel started school this year, tutoring for two hours a day began immediately. But the school was also putting into motion the videoconferencing program FaceTime so Gabriel could be a part of the classroom instruction.

The first time was in late September with a science lesson.

“I really don’t know if I can find the words for that,” Dispenziere, 29, said, recalling the experience.