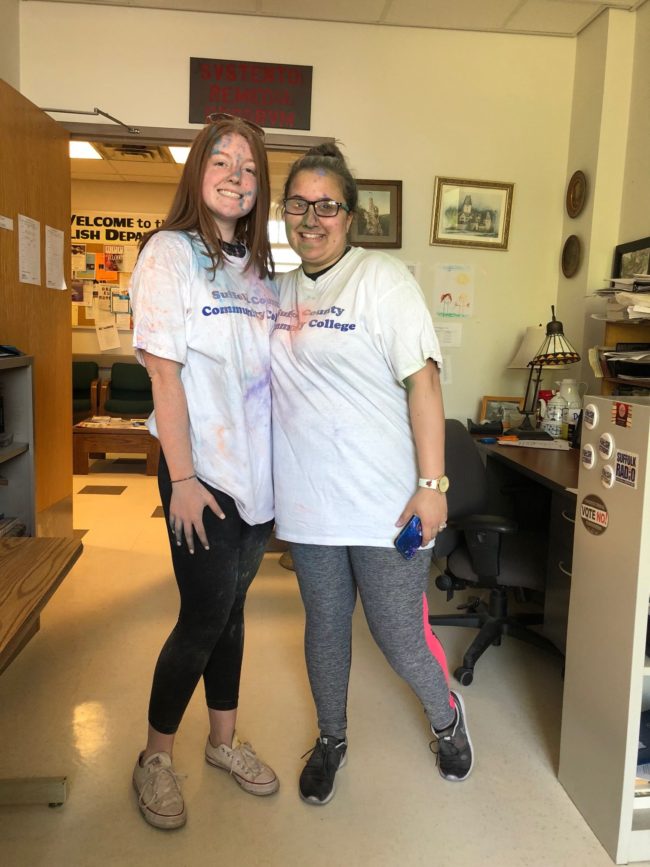 My first year as a journalism instructor at Suffolk County Community College is in the books, and what a year it was. The support from faculty and staff throughout the college — especially the English Department, which the journalism program is housed under — was amazing. And the students were inspirational. Most worked at least one job to help get through school; some worked overnight and slept only a few hours before coming to an early-morning class.

One of the things of which I’m particularly proud is the Suffolk Sentinel, a student-run online news source that was the foundation of our Journalism Practicum course this spring. It’s the capstone course of the journalism program. Students in the class broke news throughout the semester, telling stories in text, audio with Instagram Stories for the Sentinel’s account. The students also handled Facebook and Twitter accounts.

In part because of the work she did with the Sentinel, our own Erika Peters won the Press Club of Long Island‘s 2018 College Scholarship — a first for a Suffolk student. She also won a New York Press Association-sponsored summer internship with the Times Review Media Group in Riverhead. 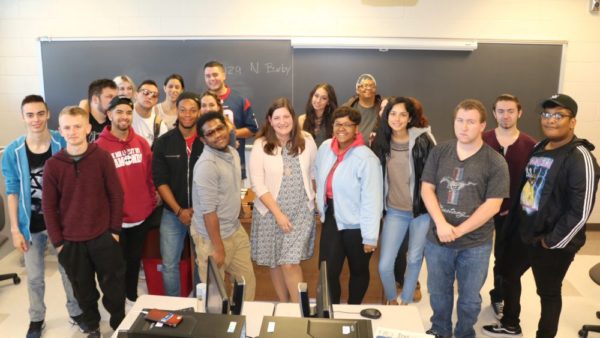 Liza Burby, an author and educator who has owned and ran Long Island Parent magazine, shared her experiences with the ENG172-Magazine Writing class. 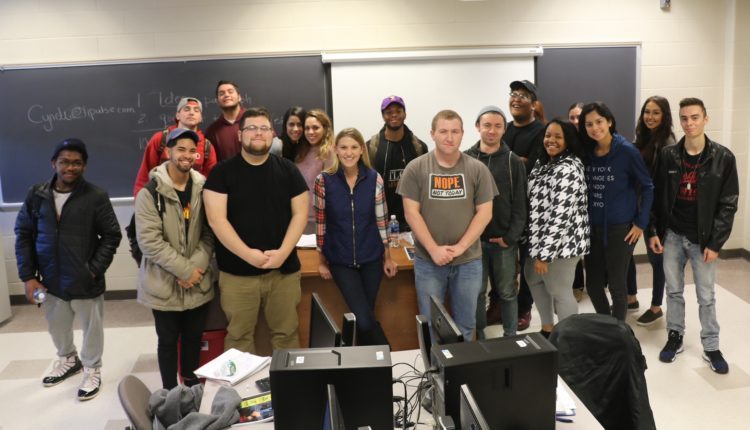 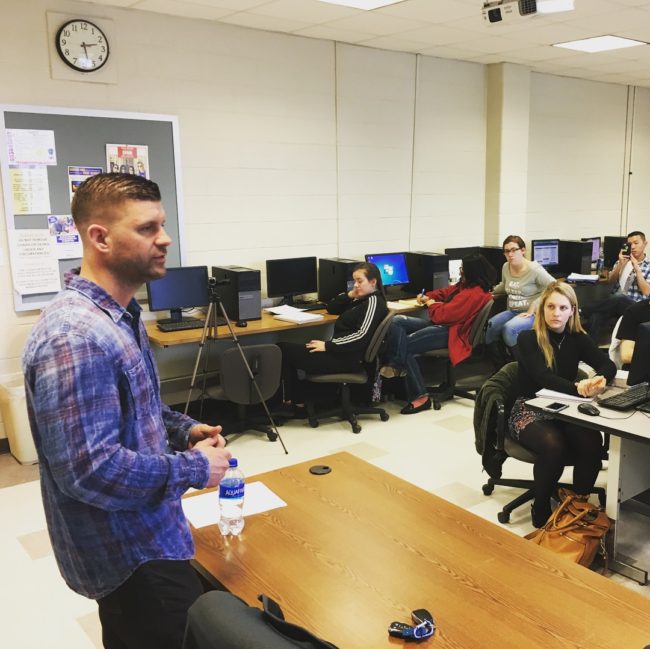 GreaterLongIsland.com founder and publisher Michael White visited an Introduction to Journalism class. Students wrote stories based on his visit. 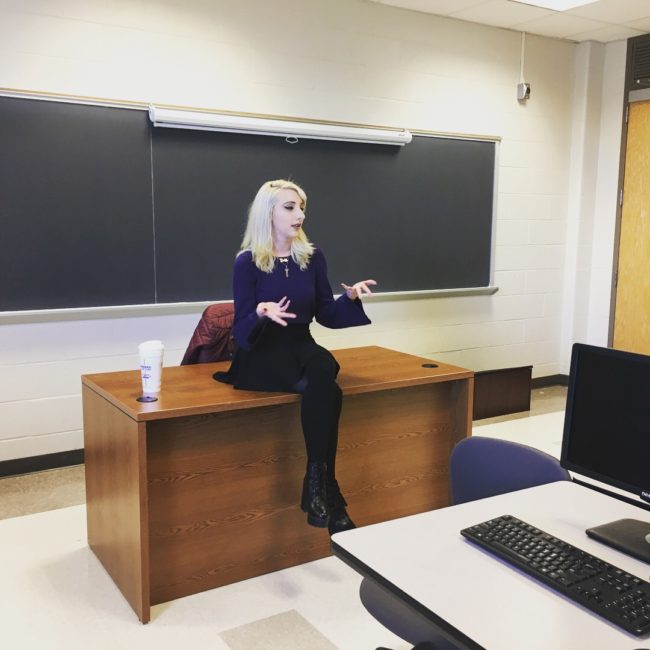 Julianne Mosher, an SCCC alum who now works for Showtime and is a freelance writer, spoke to an Introduction to Journalism class about her experience in school and in the field. 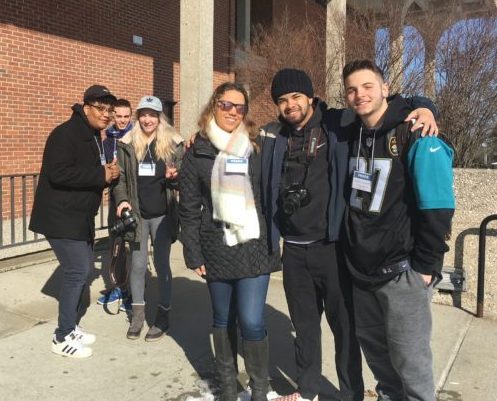 The Practicum group covered an anti-gun rally at the steps of the library. 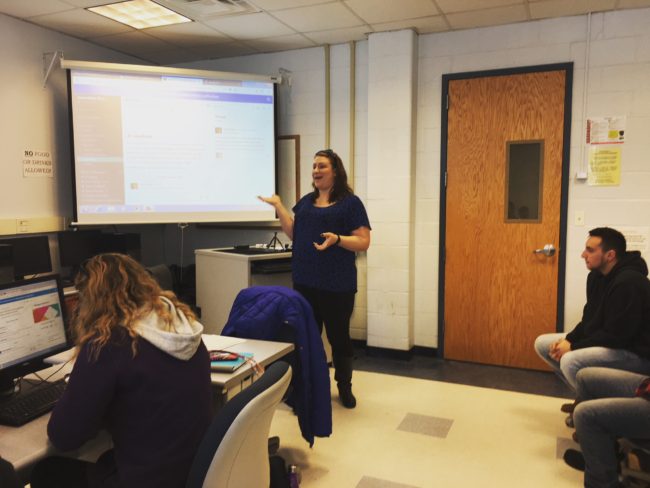 Angela Corry, managing editor of TheCelebrityCafe.com, gave the ENG175 – Journalism Practicum class some tips on how to use the messaging service Slack.

The aftermath of an assignment

Practicum students Kaitlin Crowley and Alexa LaRosa did an Instagram story on the spring Holi festival, during which colorful chalk was thrown in the air for the annual festival of colors.

Doling out the honors 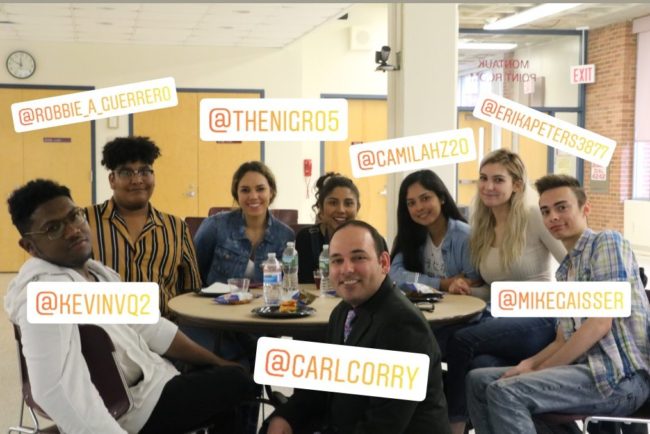 The journalism program held its first annual recognition ceremony in May to honor the hard work of students journalists. 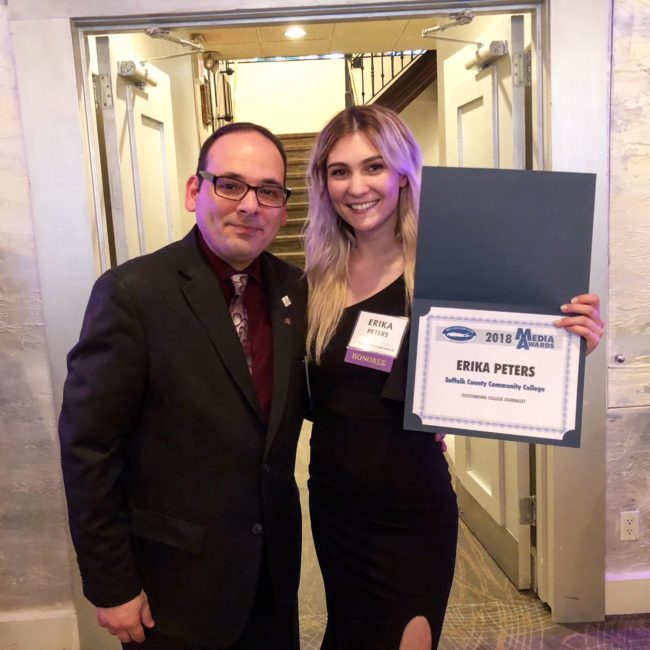