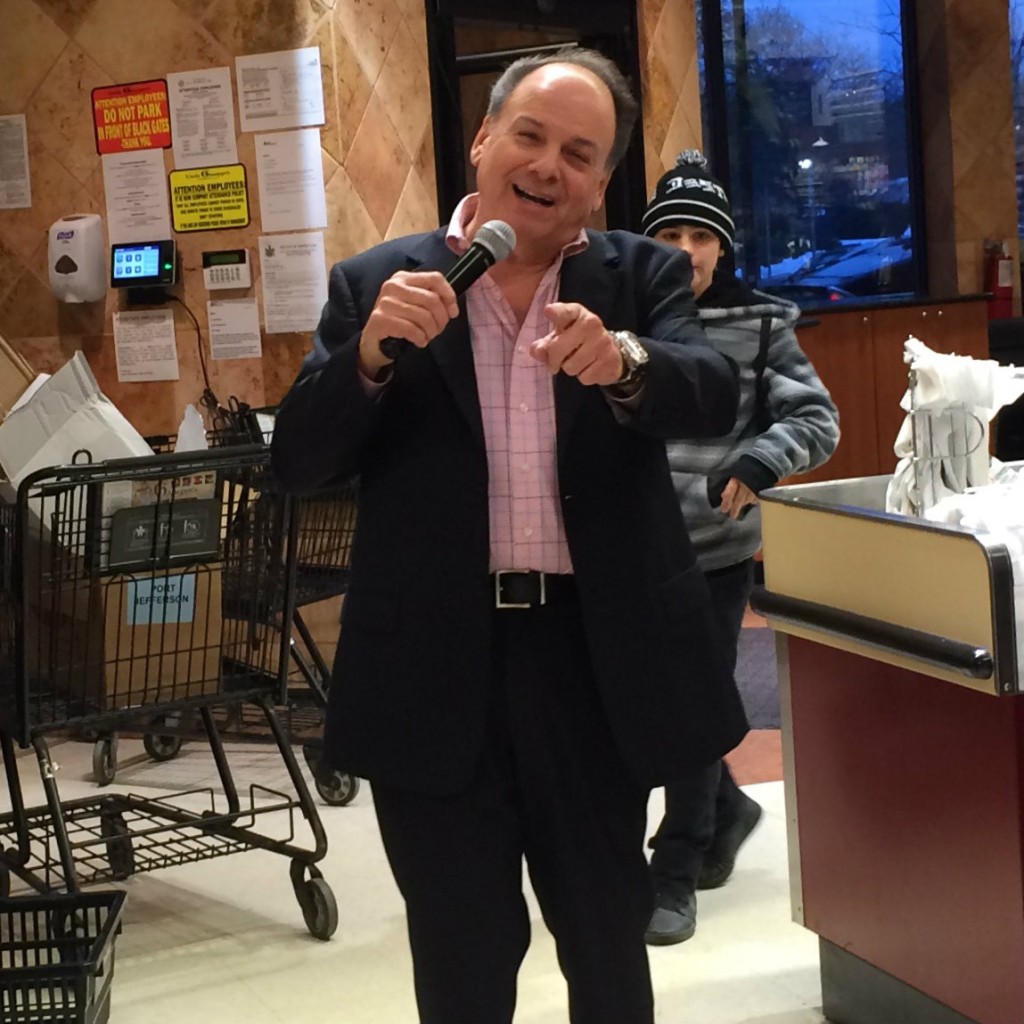 I had known about Uncle Giuseppe’s Marketplaces for a couple of years and, always on the hunt for authentic Italian delicacies I had grown up with, I was looking for an opportunity to shop at one of the stores. I was assured by friends or family who were customers of the chain that I wouldn’t be disappointed.

So when I happened to be in Port Jefferson Station one day and noticed the sign for Uncle Giuseppe’s, I had to stop in.

It was like walking into my personal grocery heaven. Freshly made Italian bread, mozzarella and pasta; imported cheeses and olives; ripe tomatoes, herbs and veggies. Ah….

Then there was the music. Not just any kind of overhead Muzak you might hear at your normal grocery store. This sounded real, and it was stuff I grew up listening to while working in Italian restaurants or around my childhood neighborhood of Bensonhurst, Brooklyn. Frank Sinatra, Dean Martin and the like.

I looked around a bit and sure enough, standing at the front of the store with a wireless mic was Tony Della, singing off tracks of CD compilations. And he was good. People were singing along to themselves or enjoying the music in the store’s cafe.

Turns out, Della has been singing at Uncle Giuseppe’s stores since 1996 — and at the Port Jefferson Station location on Saturdays from 1-4 p.m. since it opened in 2010. If ever there was a recipe for a cool feature story, this was it.

A Newsday editor agreed, and we moved ahead with the story, photos and a video. It ran in the paper today. Take a look.

Update: After the story ran on newsday.com, the New York Fox affiliate picked it up.