Posted at 20:13h in Other stuff by Carl Corry 0 Comments
Share

It’s been about seven years now that I’ve been researching our family tree (combined, we’re up to 600 people). It’s only been a couple of months since I discovered that the Mormons have made microfilm copies of the birth, baptism, marriage and death certificates of everyone in Sant’Andrea dating back to the early 1800s.

I ordered one roll of film with records dating back to 1865 about three months ago. When it came in recently, I zoomed to the local Family History Center. In less than 15 minutes, after getting to know how exactly the certificates are organized, I hit paydirt. Below are the birth certificates of three of my great grandparents — Bruno Coccari and Elvira Sama — my father’s paternal grandparents, and Antonio Codispoti, his maternal grandfather.

This is only the beginning. 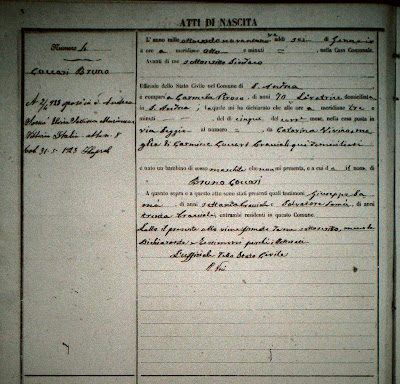 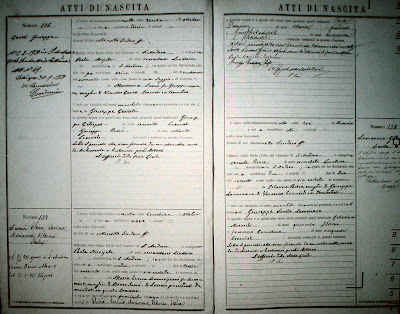 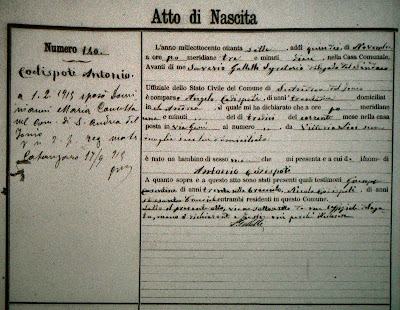